Festivals in India and Bhutan 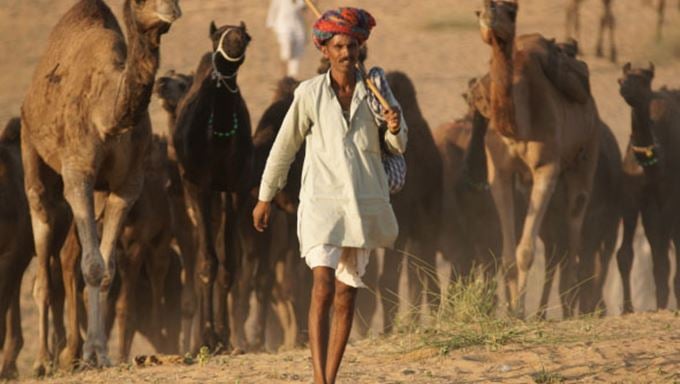 Many of our clients like to time their holidays to India and Bhutan to coincide with one of the festivals. These are wonderful occasions, so colourful, with arrays of flowers, great gaiety, music and dancing.

In India, the festivals are abundant - from Diwali, to the Nehru Boat Race in Kerala, to Onam, to the Jaipur Literary Festival, to Holi, to the Pushkar or Nagaur camel festivals and the Bateshwar Cattle Fair- they bring another dimension to your holiday and we cannot recommend them highly enough!

Indians wait all year for this vivid festival of lights and celebrations and when it finally arrives, there is just so much to do. Amidst these many things there are some that make this festival absolutely special and memorable every single year. Fairy lights everywhere!  You can simply amaze yourself every year by the strikingly lit buildings of the pink city.

The joy of decorating up houses on the occasion of Diwali is unpretentiously overwhelming.  The feeling of peace and joy during the puja is unmatchable and the yummy sweets offered after the puja make you forget all about your weight loss resolutions. It’s that time of year when they all like to fill their mouths with every possible delicacy completely ignoring their diet patterns.

There are so many pretty people around. Diwali is the time when you love to embellish yourselves by donning the best of your traditional wear. The decked up people and the pretty faces around simply add to the city lights. Bursting crackers is sheer madness but fun too! Seeing the random kids in your vicinity bursting crackers and then jumping out their skin to ward-off the bang is hilarious.

Bateshwar near Chambal has long been celebrated for its annual fair. Although the origins of this ancient fair are religious, and of immense significance in the Hindu religious calendar, the fair is also of great commercial importance and is renowned as the 2nd largest animal fair in the country (Sonepur in Bihar being the largest). The Bateshwar Fair is one of the oldest fairs, at over 2000 years, in India!

Similarly Nagaur bustles with life during the annual cattle fair, one of the largest in the country, usually held from 30 January to 2 February. The Nagaur bulls are renowned for their fleet footedness and attract buyers from all over; however, livestock such as camels, goats and cows are also on display. A highlight of the fair is performances by folk dancers and musicians and exciting games such as tug of war, camel races and horse races.

In Bhutan, the festivals are mainly in Paro, Thimphu, Punakha, Bumthang and Trongsa in the spring and autumn, and invariably, one can include a visit to one of these festivals on your holiday.

Festivals at Bhutan are colourful celebrations. Colorful outfits, traditional music, archery and of course spectacular masked dance all combine to create the magnificent spectacle of Tsechu, Bhutan's biggest and most popular festival. For many, Tsechu is the highlight of the Buddhist calendar in Bhutan. When the rainy season is over and the harvest is brought in, the austere rural life for normal Bhutanese people is interrupted by these religious festivals.

Throughout the country Tsechu celebrations are staged in large and small dzongs with numerous masked dances being performed, each with its own style and its own story. Long horns are blown and cymbals beaten by enthusiastic performers, while clowns hop around entertaining the crowds. Witnessing the Tsechu and its explosion of colour is a unique experience.

Outside of the monasteries, celebrations continue but with a slightly less religious feel.  The alcohol flows freely, and gambling games are played on the wood fires around the festival while yak meat is roasted.  Archery tournaments are staged alongside the celebrations as Bhutanese rarely miss a chance to play the national sport.  The mood is upbeat and it’s certainly an unforgettable experience!