Why are Africa and the Middle East so perfect for Historical and Cultural safaris and vacations? 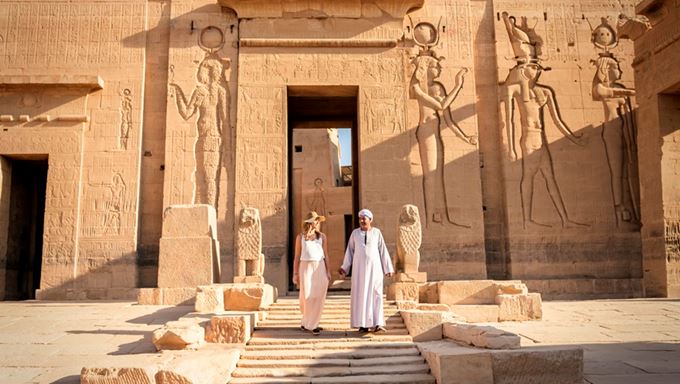 If you haven’t yet had the opportunity to experience a cultural safari or vacation, learning about local history and traditions and how these fit into the modern world, then don’t delay visiting some of the most exciting countries in Africa and the Middle East that have it in abundance.

Africa and the Middle East have long been centrepoints for cultural diversity. As trade routes brought merchants from distant lands and the rise and fall of empires moved people and treasures across the continents, so traditions and cultures were spread and integrated.

For me, that is one of the most fascinating facets of a luxury holiday to Africa or the Middle East. Yes, one can revel in today’s beauty of the landscape and wildlife, but I also enjoy the cultural immersion of learning about the past, seeing the historical monuments, and understanding how those have had an influence on the destinations we delight in today.

Holidays to Morocco are rich in history and culture, landscape, crafts and people. Situated in the north-western part of the African continent with the Atlantic and Mediterranean Oceans on its shores, the region was originally inhabited by the indigenous Berbers until the Arabs and Muslims seized it in the 7th century. Maintaining an ethnic, equality and cultural stability, Morocco is an extremely popular destination to explore, be it for a few days or few weeks. There is much to see and do.

Morocco’s full Arabic name is - al-Mamlaka al-Magribiyya - which means ‘The Western Kingdom’ and the English name of ‘Morocco’ originated from the Spanish and Portuguese words - ‘Marruecos’ and ‘Marrocos’ - referring to Marrakesh which was derived from the Berber translation meaning ‘Land of God’.

Morocco is known for its dry landscape and the Sahara Desert but it also has the high Atlas Mountains and lovely forests including cedar, oak zeen, olive and juniper and argans. When the snow melts off the mountains wild flowers appear making a most beautiful sight.

Morocco is also known for its markets, especially those in Marrakech and Fez. Founded in 807, Fez is the most ancient of the Imperial cities and is considered to be the most complete medieval cities of the Arab world. Here in the labyrinth of the medina, Berbers, craftsman and women bring along leather and copper goods, foodstuffs and furniture and everything else. Narrow streets lead one to dyers, carpenters, and other skilled craftsmen and Djemaa el Fna square is an open-air theatre where acrobats, musicians, storytellers, snake charmers, herbalists, jugglers and fire-eaters show off their talents. 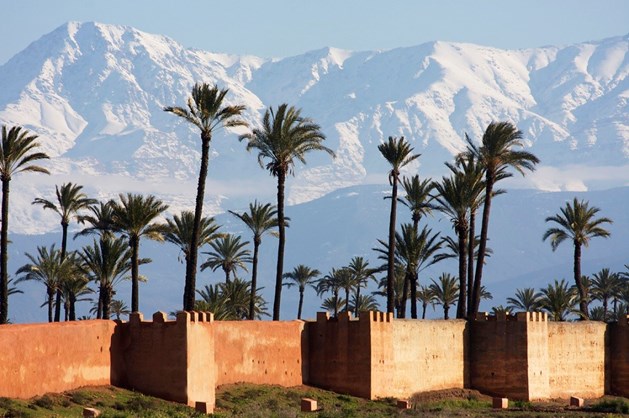 The ancient Egyptian civilization offers many treasures that have stood the test of time, allowing one to peek into the past and imagine a different time. Egyptian artefacts have been uncovered by archeologists through recent centuries and many can now be seen on display during your holiday to Egypt.

My top recommendations for those planned a vacation to Egypt is to include a visit to the iconic pyramids at Giza. They are very accessible, lying close to Cairo, however there are also many others scattered across the region including some that are lesser-known and visited, but just as fascinating. Lahun, Menkaure, Hawara, Teti and Meidum amongst others are wonderful to visit with a specialist Egyptologist guide. 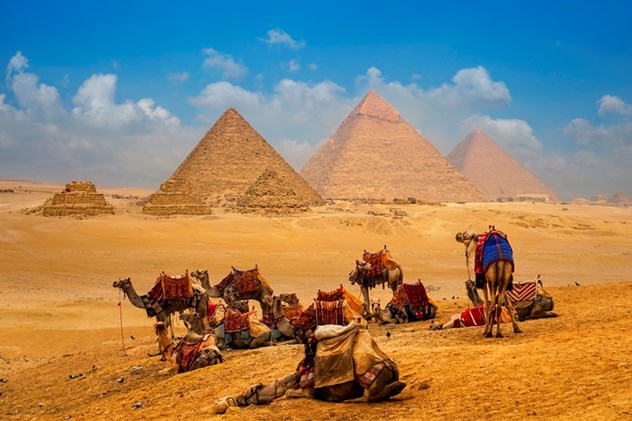 Egypt’s cities are also well worth a visit; Cairo is a busy and bustling city on the Nile. 5-star hotels line the river’s edge while the museums include the most incredible finds including King Tutankhamun. Soon the Great Museum is due to open and will hold the most priceless artefacts all under one roof.

Cairo is also a great place to do some shopping, both in a relaxed and leisurely style in high-class souvenir stores but also in the lively curio shops and markets where you can haggle with the traders! The world-famous Khan El Khalili bazaar has stalls selling items made of alabaster, gold and silver, carved wooden pieces and embroidered galabeyas which can all be purchased for good prices. Cities such as Alexandria and Port Said are also very interesting to visit.

Many visitors then head down the river for a Nile Cruise, either on larger boats or the smaller private dhabiyas. Sailing along the Nile with a drink in hand, watching locals pass by in small vessels or tending small vegetable patches on the palm-lined river’s edge is incredibly special. 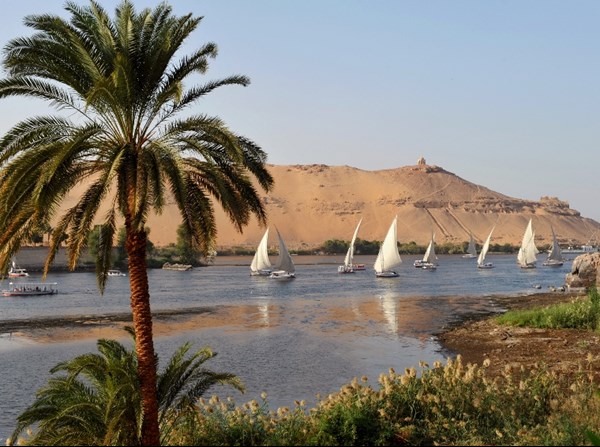 The most-visited areas certainly include Karnak and Luxor Temples and I do recommend taking several hours to stroll around the columns and learn about the history from your guide. Aswan is also fascinating – here you can visit Elephantine Island, the Botanical Gardens and the Nubia Museum. Only a 30-minute flight away is Abu Simbel which was moved stone by stone from Aswan when the dam was created. This is one of the most impressive buildings in the world and should not be missed.

Away from the most-visited areas, other sites on your list should include the Western Desert, with its spectacular scenery which includes the Siwa Oasis, the Red Sea - an ocean divers paradise, and Fayoum with its ‘walking whales’, amazing fossils left on the desert floor, proving that four-legged whales once swam in an area that is now bone dry.

Rock hewn churches, magnificent mountain scenery and a diversity of cultures and tribes, a cultural holiday to Ethiopia is exceptional! A fleeting 2-week visit will only scratch the surface of this incredibly diverse and vast country, so I recommend selecting regions that most suit your interests that work well logistically. 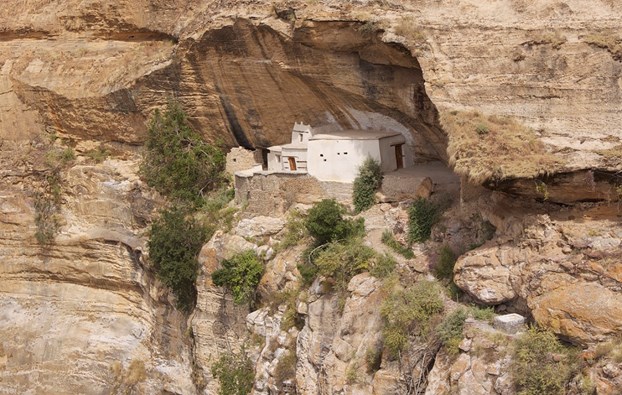 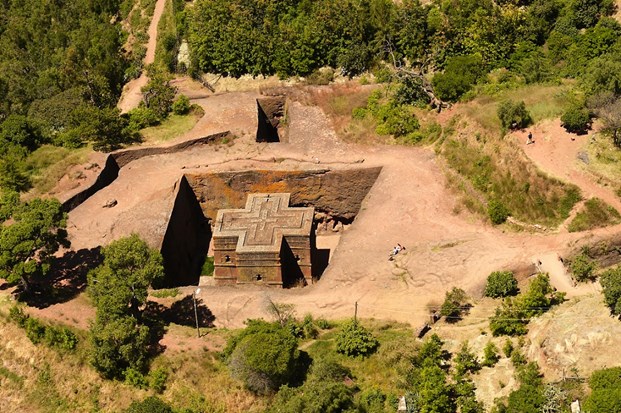 Besides its cultural and historical wonders, Ethiopia has spectacular mountain ranges with fascinating endemic wildlife. The Simien Mountains and Bale Mountains are well worth visiting and between them feature high peaks and waterfalls, alpine plateaus and rainforest and fortress-like mountain pinnacles. They shelter many fascinating and endemic species such as gelada baboons, Walia ibex, endangered Ethiopian wolves, Bale monkeys and much more!

If you are interested in ancient cultures, you will find a holiday to Sudan is fascinating! Northern Sudan is an independent country and the perfect place to be explored by intrepid traveller’s who have perhaps already enjoyed a holiday to Egypt. Between Khartoum and the Egyptian border, are many well-known archaeological sites including Moroe and Jebel Barkal.

The people of Sudan are extremely friendly and welcoming and so moving around the country visiting the sites and getting to know the Sudanese makes for a really interesting and enjoyable journey.

Your holiday to Sudan should certainly include journeying across the country to visit the archaeological sites of the Egyptian and Meroitic civilizations. Most of them are World Heritage sites protected by UNESCO - there are more pyramids in Sudan than in Egypt! 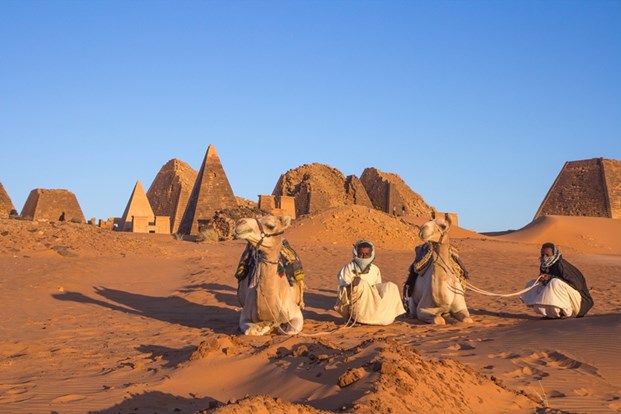 Karima, the ancient Napata is one of the top places to visit. It was the main centre of the Kushite Kingdom, home to the Temple of Amon at the base of the holy mountain of Jebel Barkal, which was the centre of the worshipping. The red sandstone Jebel Barkal rises alone from the desert and can be seen from several kilometers away.

Take a few hours with your expert guide to see the ruins of the temple, sculptured granite rams that supposedly lined an avenue, a number or pyramids such as El Kurru where you can visit two excavated tombs under the pyramids. These have spectacularly preserved paintings of the Pharaoh and the gods as well as multi-coloured hieroglyphic inscriptions.

Dating back thousands of years, the Sultanate of Oman has one of the oldest civilizations in the Arabian Peninsula.

Oman is one of the best places to visit in order to experience traditional Arabia. It is possibly the cleanest country in the world, with friendly people, a wealth of places and experiences. 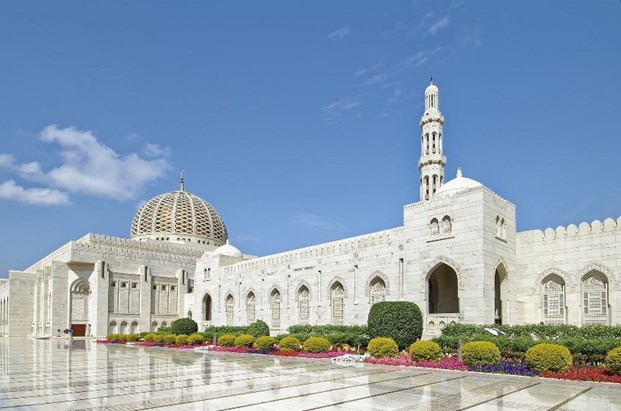 Oman is a desert country with a lovely coastal stretch - visited by those wanting to ‘fly and flop’ but also have a cultural experience. The coast is quiet and is dotted with small fishing villages and palm trees. There are certainly some very interesting and tangible traces in prominent landmarks and a highly developed culture.

Inland there is spectacular mountain scenery, with towering mountains and deep canyons and rocky wadis. Inland are the endless sand dunes and gravel plains, 17th and 18th century forts and colourful villages, as well as good access to the interior. 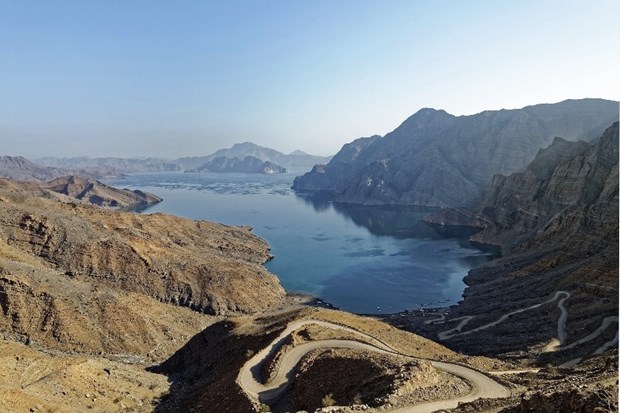 The majority of Omanis live in Muscat and the Batinah coastal plain, northwest of the capital. Muscat is a modern city, actually a compromise and collection of several cities that span along the coast for about 70kms. Highlights in Muscat included one of the best fish markets in the Gulf, the Mutrah Souq and lanes - touristy but there are still some smaller areas where the locals go to purchase goods, and the Mutrah Fort built by the Portuguese. Do visit the Al-Bab al Kabir Museum as well as the national museum and then the Sultan Qaboos Grand Mosque, is absolutely beautiful with its enormous Persian carpet, this marble built mosque is the most visited of all.

Please do get in touch to find out more, so we can find something perfect for you. Alternatively, if you just want to dream for now, you can do so at our Video Library. 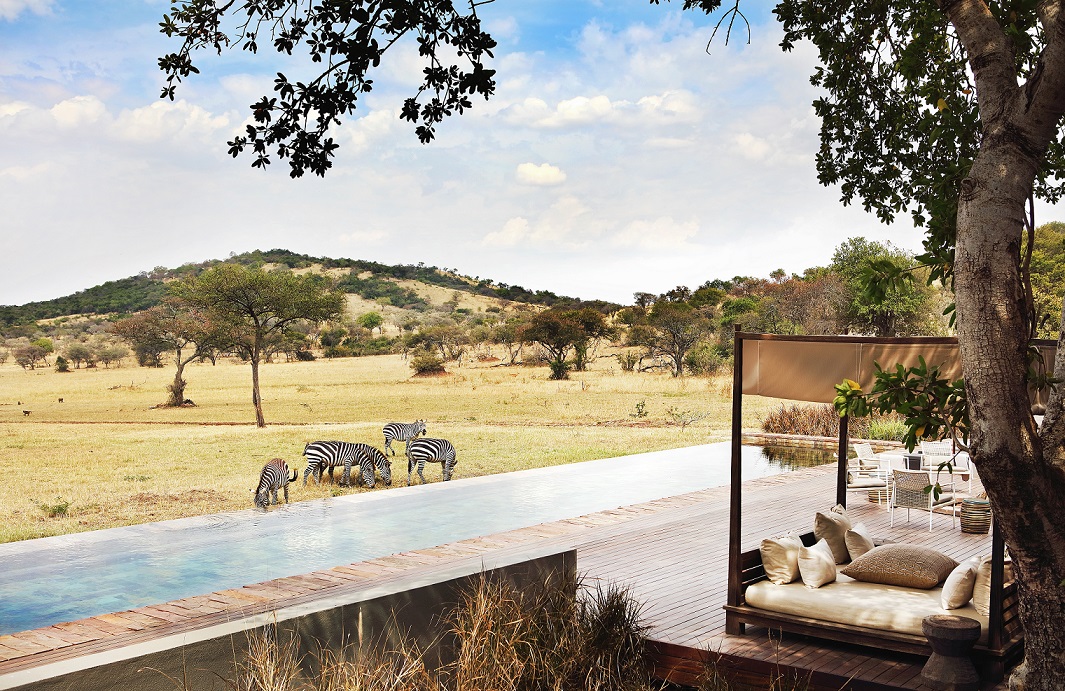 After several years of challenging travel restrictions and countries closing their borders to visitors for long periods, the world is now emerging into a new era of travel. Our newly regained freedom to explore distant lands, interact with vibrant cultures and live life to the fullest drives the top travel trends I’ve witnessed in travel planning this year. 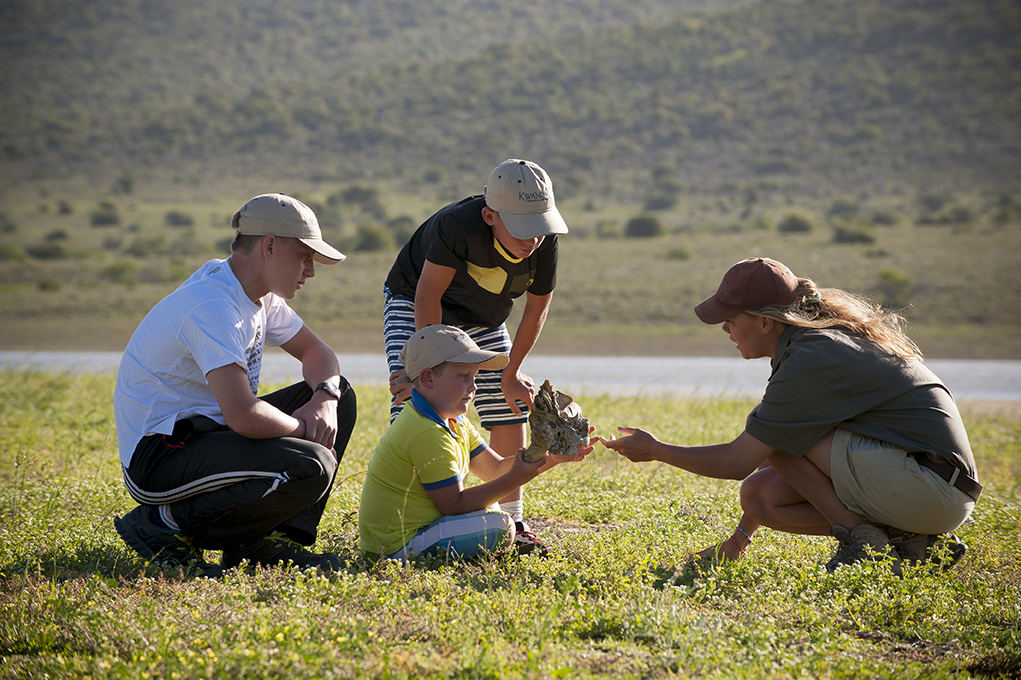 Why do educational safaris and holidays have such a positive impact on the entire family?

So what makes the perfect family safari or holiday? Taking my own children on holiday provides a good barometer, and so I would only recommend places I have experienced firsthand with my own family, that have passed the litmus test! 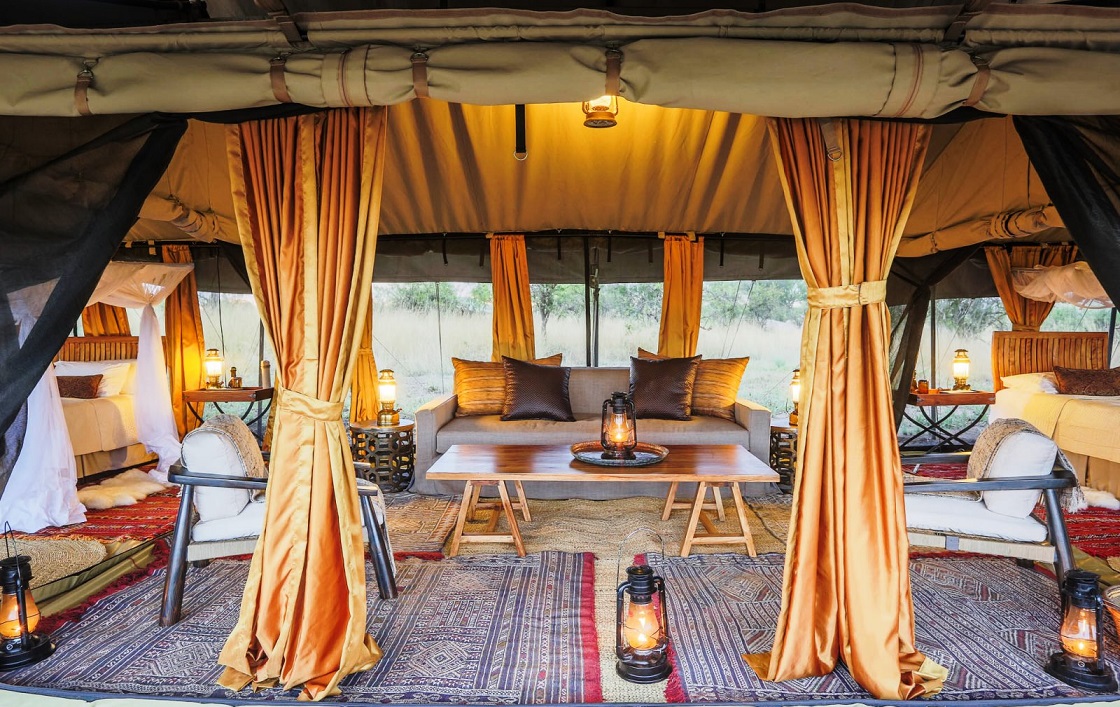 Where are the best luxury glamping locations in Africa?

‘Glamping’, that is, luxury tented camping out in the wilderness, allows the best of all worlds. One has the exclusivity of ones own camp away from the rest of the world in almost any location according to ones interests, with all the luxuries and comforts of a top-notch establishment.